We’re equine marketing specialists that create innovative marketing for those who dare to be different. 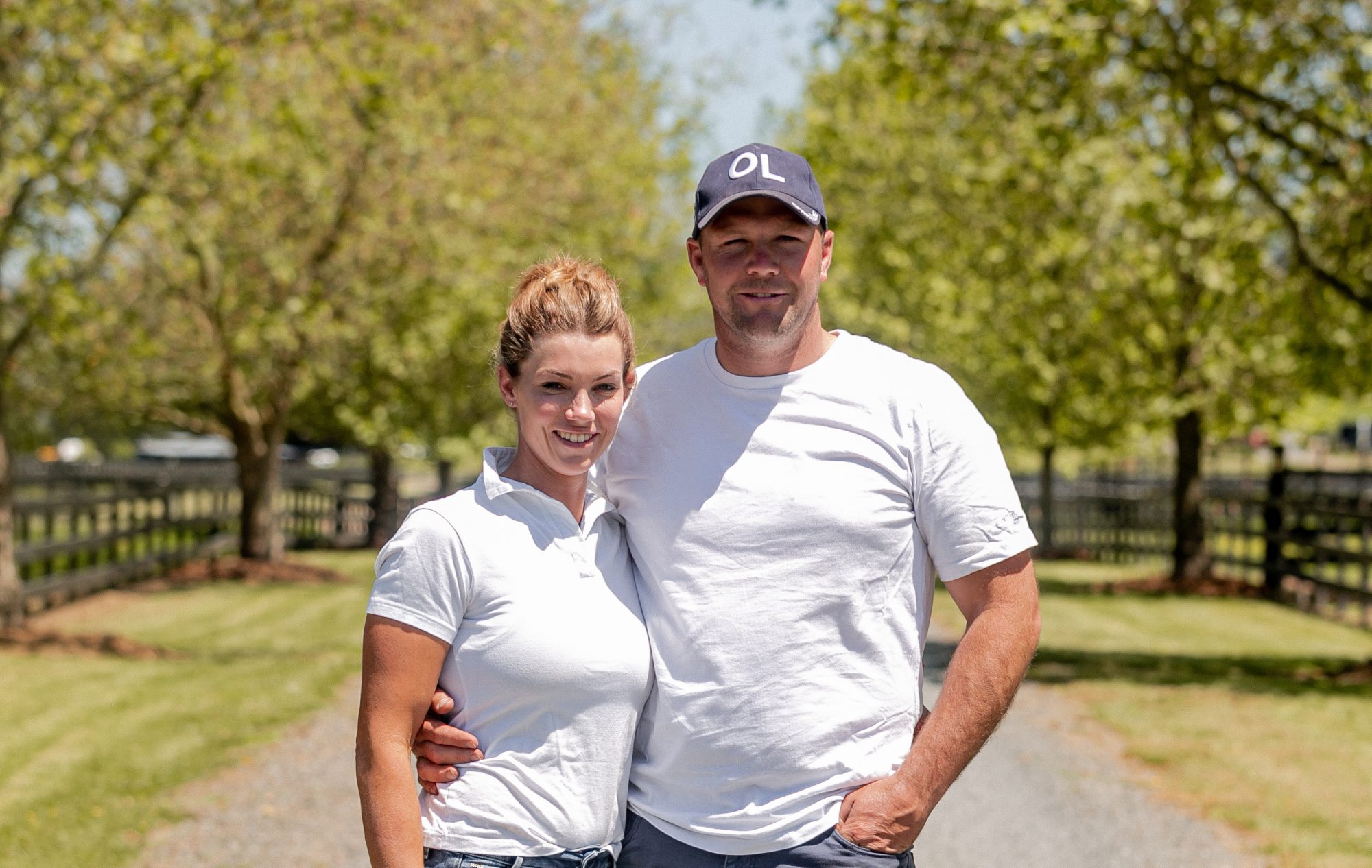 A bright start: shaping the future for young horses at Ohukia Lodge

Four years ago this week, Ohukia Lodge sold 8 horses at the New Zealand Bloodstock Ready to Run Sale of Two-Year-Olds and produced a Stakes-winning, Group 1 horse. The following year, they sold a Group 1 winner. Their ascension says everything about the importance of great horsemanship and positive people.

It’s been eight months since Ohukia Lodge started breaking in and pre-training of 31 horses for the upcoming Ready to Run Sale of Two-Year-Olds. There are colts and geldings from several distinguished breeders and clients – all loyal supporters since the operation began.

When she is asked to select her favourite horse from their upcoming draft, co-proprietor Chanel Snowden struggles for an answer. She mulls over the idea of picking just one.

‘I love them all for their personalities’, Snowden explains.

‘We have had all the horses for so long that you become attached to them for who they are.’

Ohukia Lodge have embraced every horse that has entered their property since day one. It typifies the way things are run by Snowden and her fiancé Jamie Beatson.

‘We treat every horse on our farm as different and unique,’ says Beatson.

‘The key is to let each horse just be themselves. That way we can get the most out of them.’

This affection and care are reasons why a studmaster like Waikato Stud’s Mark Chittick has engaged Ohukia Lodge to prepare horses for them since the fledgling business began.

‘Jamie and Chanel are good horse people – through and through,’ Chittick says. ‘They have a positive approach, and I’m a great believer in positive people because the horses will be positive as well.’

But above all, the thing Chittick admires most about Beatson and Snowden is their horsemanship. In his words, they were ‘born and bred on the back of a horse’, and it’s hard not to see why.

Show jumping and riding is such a prominent part of the Beatson and Snowden families that equestrianism is deeply entrenched in their culture. Jamie Beatson is the son of Maurice Beatson, an elite rider who has won 200 Grand Prix events spanning a 37-year career. He has twice competed in the FEI World Equestrian Games and represented New Zealand at the 1988 Olympics in Seoul.

Jamie’s late mother, Chrissie Beatson, was an accomplished show rider herself. She spent many years preparing both young horses and riders up to Grand Prix level worldwide. Maurice now breeds performance horses at his property in Hawke’s Bay on the North Island.

Chanel Snowden is the daughter of Cherie Archer, who operates Archer Park – a boutique-sized farm that prepared 10 yearlings at the Karaka Yearling Sales earlier this year and will offer 3 lots in the upcoming Ready to Run Sale of Two-Year-Olds. Chanel’s riding skills – like Jamie’s – run in the blood; her aunty is the Group 1-winning jockey Trudy Thornton, who continues to ride after 38 years.

The result of the dual Beatson-Snowden pedigree is a team that works with meticulous attention to detail. Horses at Ohukia Lodge will undergo an extensive programme of breaking in and pre-training for the rigours of competition. It’s all done under the careful, intimate watch of Jamie and Chanel.

The couple will ride side-by-side on Ohukia Lodge’s bespoke 1200 metre grass-and-sand tracks as part of pace work, but otherwise their responsibilities are split. And this seems to work as, according to Snowden, working together creates ‘a good balance’.

‘Jamie will take on some of the more “heavy-duty” tasks to get the mechanics right. I like to focus on conditioning the horses,’ she explains. Feeding regimes and health and wellbeing are important to Snowden, and while she cares for horsemanship, it’s in the finishing touches where her work excels.

Ohukia Lodge is set on flat, expansive terrain near Lake Karapiro, which flows from the Waikato River, a waterway that takes in thoroughbred country shared by numerous stud farms that have bred race horses to worldwide acclaim.

The property is spread over sixty-two acres and boasts 32 paddocks, 36 boxes, a swimming pool and the aforementioned training track. Tall hedges line one perimeter, while a main road lies adjacent. One corner rises sharply uphill to the main stabling area, where a house will eventually be built.

‘This is a quiet and peaceful place,’ says Beatson. The spaciousness allows for horses to rest well, but it has been carefully curated where needed. It’s testament to the development of the land. And what has been going on here since its inception must be working. The results after just four years of operation have been nothing short of astonishing.

Ohukia Lodge debuted with 10 lots at the 2015 Ready to Run Sale of Two-Year-Olds, selling eight at an average of less than NZ$40,000. Among them was Ferrando, who sold for NZ$40,000. He’s a Stakes winner who was beaten a nose in the Group 1 Telegraph Handicap at Trentham earlier this year. Twelve months earlier, he lost the same race in another tight finish. He’s earned over NZ$250,000 so far.

Another 14 lots sold at the 2016 Ready to Run Sale, averaging over NZ$70,000 each. Buyers struck again – this time with Vin de Dance, part-owned by OTI Racing, who made NZ$70,000 and won the New Zealand Derby in 2018. He was second past the post in the Rosehill Guineas and fourth in the Australian Derby. Of the seven lots that didn’t sell for Ohukia Lodge in 2016, there was Mister Jay. He’s won four races out of 12 in Victoria and was last seen in the Grand Handicap at Flemington last week.

In just their first two years, Ohukia Lodge had 22 horses find a buyer on the day of sale and two of them were of a bona fide Group 1 calibre. That’s like starting a day on the punt with a $10,000 bank and loading up on a 10/1 shot in race one; it’s immediate, palpable success on a grand scale.

These on-track successes had a positive impact in the sales ring; the Ohukia Lodge draft of 2017 had now drawn the attention of the international buying bench. Lots were selling for NZ$100,000 plus and included buyers such as trainers Gai Waterhouse and Ricky Yiu Poon-fie. The top lot of the draft – an O’Reilly colt – would sell to Yulong Investments for NZ$350,000.

The 2017 draft justified Ohukia Lodge’s growing stature in the bloodstock industry. Their second-highest priced lot, Tavirun (a NZ$300,000 colt by Tavistock), was destined for a Caulfield Guineas-Victoria Derby campaign. He has since matured into a five-time winner of nearly AU$350,000 and is on track for Stakes success at middle distance. Meanwhile, On Line (who sold for NZ$210,000) has started his career with 2 wins and 2 placings from 5 starts in Singapore.

It would come as no surprise that by 2018, Ohukia Lodge had reached an almighty apex. After preparing the two fastest lots the breeze-ups, they sold eleven of their 25-strong draft for over NZ$100,000 – including three of the top four highest-priced lots for the entire Ready to Run Sale.

The draft has ten lots by Cox Plate winners Savabeel and Ocean Park. Another two are trial winners from the Taupo meeting on November 7: a pacey Super One colt (lot 280) and a determined Dissident gelding (lot 76), both of whom led from barrier to box.

Snowden gushes over the Savabeels and Ocean Parks – the latter receiving a timely boost of status thanks to the major successes of Kolding, Tofane and Oceanex during the Spring. She also likes the son of Medaglia d’Oro (lot 10), who boasts ‘beautiful looks and a beautiful stride’.

‘There are many impressive types to choose from. They are just a cracking bunch,’ she exclaims.

But it’s time for a verdict.

‘If I had to pick one, for his athleticism and professionalism, it would have to be the colt out of Mary d’Or’ – and Beatson concurs.

The colt is listed as lot 63, a son of Tavistock from a family of multiple Stakes-winning horses across four continents. His dam has an impressive pedigree extending to Europe with stallion potential and features French Group 1 winners Stormy River and Silverwave. Mary d’Or was a Stakes-placed filly in France who took the eye as a potential broodmare while racing and was sold for €260,000 in 2007.

As for appearance, what Snowden describes of the son of Tavistock sounds understated.

‘He is arguably the most petite colt we have, but when you get to riding him, he just floats. There is something about him.’

The alluring quality that Snowden is suggesting could be the X-factor that has previously turned NZ$40,000 and NZ$70,000 buys from the sale into prime-time Group 1 horses. It’s the same something that Beatson and Snowden have that keeps bringing clients and buyers back for more. They are down-to-earth people who are grateful for the unwavering support received since Ohukia Lodge’s inception. They give back by doing their very best on the farm, and so far, it shows. 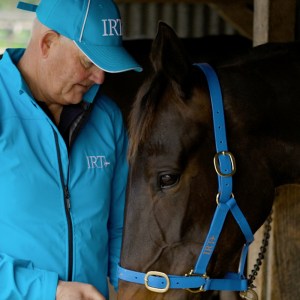 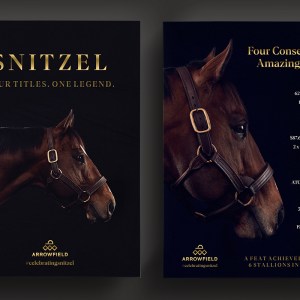